Vaccines – The Right To Make A Decision 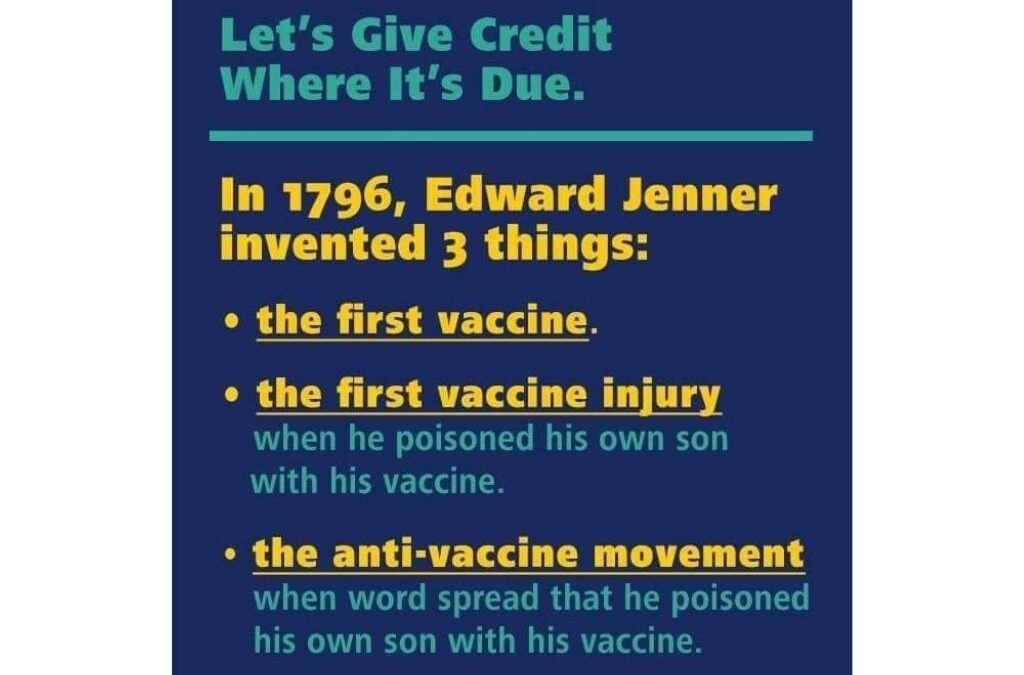 Whether you’re pro-vaccine, anti-vaccine, or fall somewhere in the middle, the questions you need to ask yourselves are as follows: Do you want to live in a world, where you cannot freely refuse a medical procedure that carries risk of injury or death?

With more than 220 new vaccines in the developmental pipeline for children and adults…and no end in sight..the question you must ask yourself is ARE YOU CERTAIN you will be 100% comfortable when 200 more vaccines are added to the mandated list in the future?

If you say that yes, you’re comfortable, then you’re either:

a) not expecting to be a parent or grandparent,
b) don’t think about it much because your kids are grown and out of the house, or
c) lying to prove a point.

No critical thinker, no honest person, would ever sign off on the sight-unseen vaccine schedule of the future. And yet that’s what you’re doing when you condemn the people who are fighting for your right to refuse. YOU have the right to refuse, should you ever choose to use it, because the very “anti-vaccine” people you demonize have been fighting for us all.

Right now, the burden of “herd immunity” falls on small children, but that is changing. Vaccine manufacturers see an untapped market in adolescent and adult vaccine. They are coming for you next. What will you do if your state, your employer, or your insurance company forces you to get a vaccine that you simply don’t want. It hasn’t happened to you yet, but if the right to refuse is eroded, it will happen to you sooner than you might think. Who will you turn to? Your legislators who get campaign donations from pharmaceutical companies? The CDC that has former pharma executives sitting on the board? Who will you turn to if you ever want to say no?

What if it harms you, even kills you or your family member? There will be no recourse. No one to blame. You absorb all the medical bills. Deal with all the anger, all the guilt. Alone.

Once we enter the slippery slope of removing individual’s right to refuse medical procedures that carry a risk of injury or death, once we remove an individual’s right to speak for him/herself and his/her children, we open ourselves up to an insidious new era, where other drugs and other procedures can be mandated.
I heard (on NPR, interestingly enough) that there are people who want to test for a gene marker that’s been found in mass shooters in the hopes that they can put the carriers of that gene on medications in early childhood. Sounds great, right? But many of us carry genes that will never be expressed. You could be a carrier of that gene. Or your child could be a carrier.

Because that’s what forced vaccination does. It asks children who may never come into contact with a particular virus to accept a vaccine, just in case. And that’s what eugenics was all about. It sterilizes people who can pass on a genetic disease – just in case.

Forced vaccination is a human rights violation. To support it when you know that the government’s own National Vaccine Injury Compensation Program (NVICP) has paid nearly $3b to damaged persons. The government’s Vaccine Adverse Events Reporting System (VAERS) lists people who have died as a result of vaccines. Vaccination is unethical at best, sociopathic at worst.

What can we do?

The ethical thing to do is to allow people their right to refuse. Let doctors and big pharma – who have marketing budgets larger than the GDP of some countries – to do a better job of convincing parents that vaccines are safe, protective and harmless.
Reverse the law that grants vaccine manufacturers total immunity from vaccine injury lawsuits. You can’t sue a vaccine manufacturer if your child is injured or killed by a vaccine, even in cases where a safer vaccine was available and not chosen.

Think about that. You can’t sue the manufacturer. What other product has legal and government protection? The complete immunity from liability does more to shake a parents’ confidence in vaccines than anything else. Be sure they know that with an adverse outcome from a vaccine, they are completely on their own.

Thanks for your time, and God bless.