Dateline TV Producer Tested for Chemicals – BPA, Triclosan and Phthalates. The Products We Use, Matter. 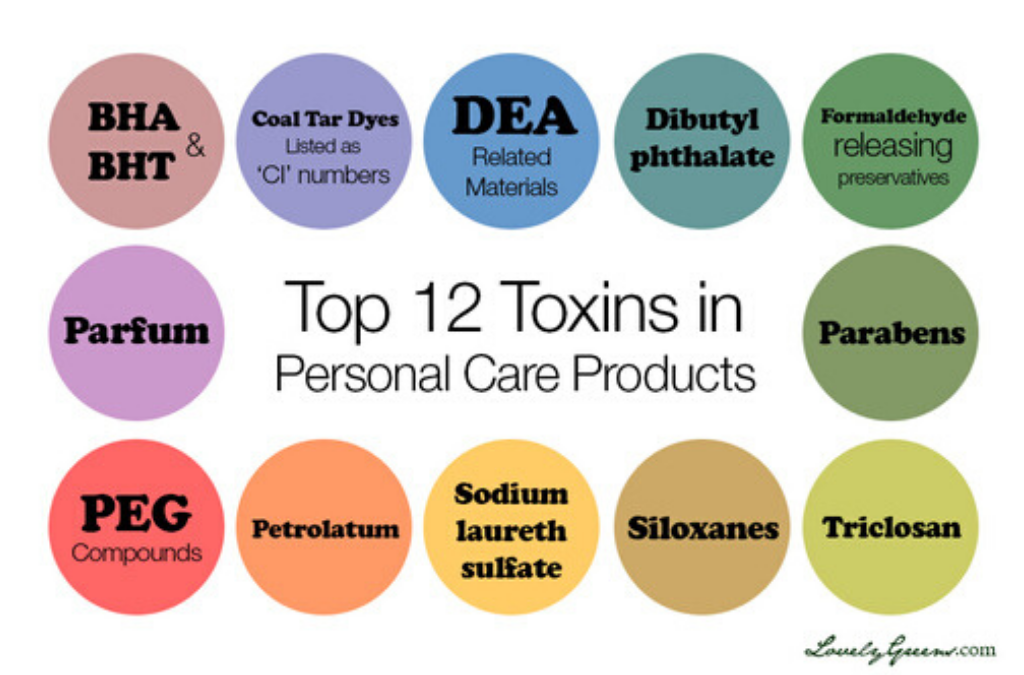 I post this not to entice you into the fear, doubt and confusion of big media but to help you learn about some of the reasons to avoid plastics and chemicals in your daily lifestyle and how much this could assist you and your family toward better health. ~

Did you catch the Dateline episode yesterday? It was a great report. The producer Andrea Canning wanted to see how her daily behavior could affect the levels of bisphenol A (BPA), phthalates and triclosan in her urine.

First, she found her baseline numbers, which were around the national average. Then she tried to eliminate these chemicals from her daily use—ate fresh fruits and veggies, used unscented cosmetics, avoided antibacterial soap and avoided plastic with the #7 recycling symbol. When she was tested again, her levels fell to almost zero. The next day, she tried to boost her numbers again by doing normal everyday things—microwaved her oatmeal in a plastic cup, had canned soup and vegetables for lunch and dinner, put on make-up with fragrance, drank a V-8 and a diet Coke in a can, washed her hands with Dial soap and brushed her teeth with Colgate Total. The result? Her numbers spiked.

Triclosan is a stupid use of a toxic chemical. As my colleagues Gina Solomon and I and have blogged before, antibacterial soap containing triclosan is neither safe nor effective. (Read our factsheet and other materials).

But here’s a little good news on triclosan. Last week, we got an important win in court on our lawsuit against Food and Drug Administration (FDA) on triclosan. As my colleague Sarah Janssen explained, in 1978, the FDA proposed a rule that would have prohibited triclosan (and other chemicals) from being used in hand soaps because it was not shown to be safe or effective. But companies were allowed to keep selling soap containing triclosan until the rule was finalized.

Fast forward 35 years: FDA still has not finalized the rule, and the antibacterial soap industry has exploded. The Natural Resources Defense Council (NRDC) sued FDA for its failure to protect the public health. The District Court in the Southern District of New York found that NRDC members who were exposed to triclosan soap at work could simply avoid triclosan by carrying soap in their pockets and dismissed the case. Fortunately, this week, the Second Circuit Court of Appeals disagreed with the district court. This means that our case gets to continue and we may just finally get a final rule by the FDA.

The news on BPA isn’t as good. Check out the science on BPA. We are all eating it when we eat or drink anything that comes out of a can. People are also likely being exposed from thermal paper receipts which are coated with BPA. The FDA did ban the use of BPA in baby bottles and sippy cups, but that was at the behest of the chemical industry. Tellingly, it only took FDA nine months to agree to industry’s request. But public interest groups ask the FDA to take steps to protect public health, the only response is silence.

In the meantime, in response to public’s demands, more and more manufacturers are moving away from BPA. Unfortunately, “BPA-free” doesn’t necessarily mean safe. One of the most common replacements is BPS—a chemical cousin to BPA which is also estrogenic. This just highlights the fact that the FDA is failing to identify and regulate sources of exposure to chemicals which have been identified as being harmful to human health.

And finally, phthalates: a new study finding phthalates in our food shows that even when you do the “right” thing, it is exceeding difficult to eliminate phthalate exposure.

Hopefully, with last night’s coverage on Dateline, more people will be wary of all the chemicals we are being exposed to through our common everyday products. And they will see that the federal agency whose mission is to protect public health has done nothing to step in and help us. Check out our Fix FDA page.

Yummy.Doctor Blog brings you great articles and information to make healthy decisions for your family.